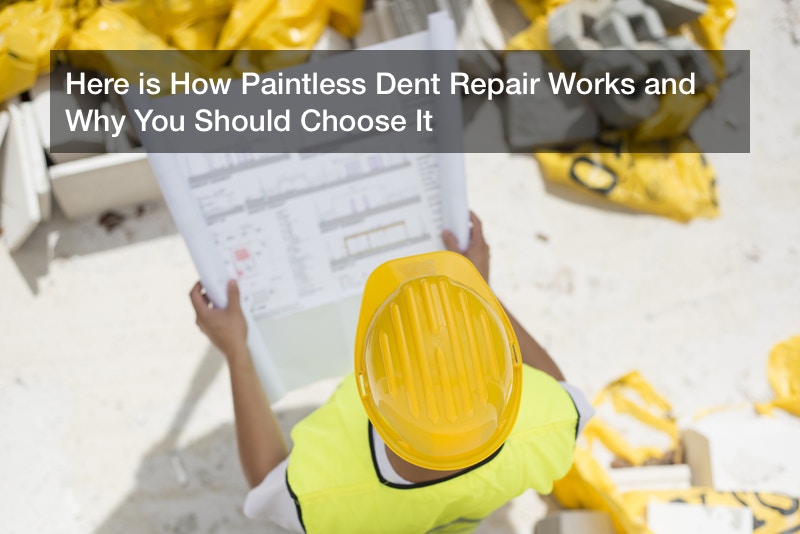 Car dent repairs can be a major headache for any vehicle owner. It’s far too easy for golf ball size hail, or an errant ball thrown in the yard to cause a dent, or a series of dents, in your car. There are several ways to go about dent repair, and one method you should strongly consider if you need to have a small dent repaired in your car and that is paintless dent repair. Paintless dent repair, also known as PDR, is a process that, according to Gerber Collision and Glass, pushes the dented metal back into place without damaging the factory paint on the car.

The process of paintless dent repair is fairly simple. A skilled technician gains access to the part of the car that is dented and uses a metal tool to slowly work the metal until it pushes back into place. Basically, if done properly, the dent will decrease in size until it disappears. It should be noted that this process won’t work if the paint inside the dent is already severely damaged, nor will it work if there are sharp edges in or around the dent. However, in most cases, PDR will work to fix the dents on your car.

Using paintless dent repair to fix the dents on your car has a number of advantages. Again, according to Gerber Collision and Glass, the advantages of paintless dent repair include allowing you to save quite a bit of money, since you won’t have to pay for having the dented area replaced and repainted. PDR also takes very little time compared to other repair methods, since a skilled technician can fix a dent in just a few hours, which also makes it a convenient service if you need your car repaired in a hurry. And furthermore, you also won’t have to worry about whether or not the color on your car can be matched, since PDR doesn’t require new paint to be applied once the repair is complete.

In conclusion, paintless dent repair is a dent removal process that can repair everything from hail damage to minor dents that come from small car accidents or other incidents that can happen to vehicles. This process has a number of advantages, including costing less, taking relatively little time to be completed, and it frees you from worrying about whether the dent will be repaired with a matching paint color. If you need to have a dent repaired on your car, you should definitely consider using the paintless dent repair process to have it fixed.