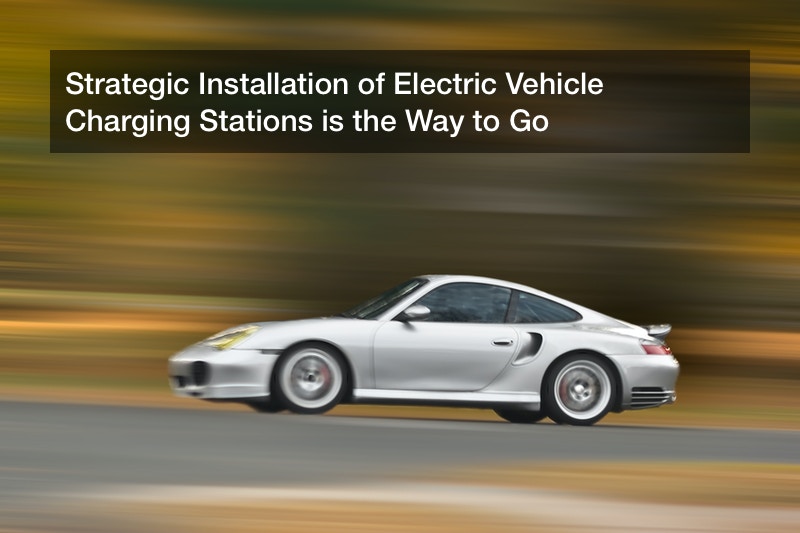 In the United States, the wave in electric vehicles is really high and currently, ten of thousands of EV charging stations have been installed so far particularly in major areas and destinations points across the country. Both public charging, workplace, and commercial electric car charging stations are available to supplement residential charging — the majority of EV owners prefer to charging at home for convenience as well taking advantage of the unused power at night.

Countries like Germany are leading the pack when it comes EV charging solutions and just recently it was announced that petrol stations are also supposed to offer electric vehicle charging. The news is perhaps a melody to millions of EV users in the country and EV enthusiasts see this a huge support by the government in the quest of sustainable energy and greener zero-emissions.

The entry of electric vehicles into a market largely dominated by fuel has been met with challenges. While many countries seem to race in this particular field, some countries a lacking far behind, and for the public to embrace the technology radical shift needs to happen in terms of policies and government leading the process. Currently, Germany has installed over 23,840 charging points in a country with over 80 million people and their target is to have 70,000 EV charging stations.

People have largely misunderstood how internal combustion engine vehicles are different to electric vehicles. For most of us, we picture EVs as typical vehicles but now functioning on electric engines. That’s not far from the truth but EVs are more like smartphones — they enhance the experience and functionality of the same old job. They change the driving experience and make people’s lifestyles much better. The craze in smartphones has nothing to do with people want to make voice calls instead, people are now more into the apps and other fun stuff. The same with an EV, however, the changes are not as tangible but an EV user will agree that there is a huge difference with the experience of driving an ICE vehicle.

Typically, you’d normally visit a petrol station for a refill when the petrol gauge is about to hit the red zone. The issue that most people assume that’s how EVs should be used, and that’s the same issue going on in Germany. Another pressing issue and perhaps a major concern on the efficiency of EV charging stations is the duration it takes to charge. Until these concerns have been addressed then mass production and installation of these charging facilities can finally happen throughout the country.

Look into the future scenario where you drive in a local petrol station, plug-in your vehicle and within five minutes your batteries are fully charged. However, the technology is still not yet there in terms of fast charging EV stations and those that are considered super charge are not that many. In the U.K. alone there are only four 350kW EV charging stations. These ones charge faster and anything below that will take considerably longer to even charge up to 80%.

Considering the high cost of installing 350kW chargers it’s not certain if Germany is looking to install the same in all of its petrol stations. But home EV charging solutions make all the difference in this case. Since the majority will be charging at home then the government can come in and supplement this effort with fast-charging stations for the public. There plenty of places that EVs can be made available for the public including hotels, offices, malls, entertainment centers, gym among other common public spaces — where you’d normally spend an hour or two. Service stations along major highways should also adopt EV charging solutions for long-distance travelers.

Looking at the rate electric vehicles are becoming a favorite auto choice, especially for the young generations it can only be concluded that the future is bright for this technology. In fact, in an ideal world of electric vehicles, petrol stations won’t be converted to EV charging stations but rather die a natural death. You won’t be driving to public charging stations to charge up, this activity will become part and parcel of your lifestyle at the comfort of your home.